Celebrating an Exciting Milestone for Trails in the Teanaway Community Forest

If you’ve followed us here at the Mountains to Sound Greenway Trust for very long, you’ve probably heard about the Teanaway Community Forest (TCF). At 50,241 acres, it’s Washington’s first state-owned community forest, co-managed by the Washington Department of Natural Resources (WA-DNR), Washington Department of Fish and Wildlife (WDFW), and a 20-person advisory committee of Kittitas locals. You may have tracked the collaborative development of its management and recreation plans, participated in a Love Day or Photo Contest, celebrated the improvements at Teanaway and Indian Camps, or pitched in during National Public Lands Day 2022. You may even have known that there are no ‘official’ trails in the TCF – just paths of habitual use carved into the forest over decades of casual recreation.

Until now! We are thrilled to report that the West Fork Trails Plan for the Teanaway Community Forest is complete and approved!

Over the past two years, WA-DNR, WDFW, and the Yakama Nation worked with the Washington Trails Association (WTA) to lead a coalition of local recreation partners in crafting this plan. Kittitas members of the Evergreen Mountain Bike Alliance, Backcountry Horsemen of Washington, Washington State Snowmobile Association, Central Cascades Winter Recreation Coalition, and the Greenway Trust helped ensure the final plan would produce a safe, multi-use trail system that meets the needs of the Teanaway’s growing and increasingly diverse visitors.

In 2018, the Greenway Trust partnered with WA-DNR and a local rancher to bring on a paid intern who walked and mapped the Teanaway’s 140+ miles of user trails and old logging roads. By pulling trip reports from Avenza, Gaia, Trailforks, and other apps, he was able to find and assess the routes visitors had made for themselves and compare those paths to sensitive soil area maps.

WTA field programs manager, Alan Carter Mortimer, retraced and assessed the intern’s work, considering which trails to keep, which to discontinue, and which to prioritize for rehabilitation. The Teanaway Community Forest is required by state mandate to balance recreation with watershed health, working forest industries, habitat restoration, and community engagement, which is reflected in the West Fork Trails Plan’s three big priorities: providing safe and sustainable access to much-loved destinations throughout the West Fork area, moving user-trails off private property, and either relocating or building new trails out of wildlife migration corridors and sensitive stream areas. That’s a lot to juggle, but the coalition tackled it with grace and hundreds of boots-on-the-ground hours.

The West Fork is only one third of the Teanaway; additional trails plans will eventually be drafted for the Middle and North Forks, but the West Fork contained less sensitive habitat, the most popular user trails, and some of the coolest geologic formations in the community forest. What’s more, WA-DNR staff have successfully applied for funding to develop improved trailhead facilities near Teanaway Camp. They are currently applying for Recreation and Conservation Office (RCO) dollars to begin implementing the most high-priority trails, like a connector to Towns to Teanaway. Soon, we should see official, multi-use trail connections between Upper Kittitas County communities and the amazing destination right over the ridge!

We have loved working with the West Fork Trail Coalition these past few years and participating on the Teanaway Community Forest Advisory Committee for nearly a decade. If you would like to support the creation of new trails in the Teanaway, you can help by advocating for full funding of the Recreation and Conservation Office, or by signing up to receive emails about future trail volunteer events! 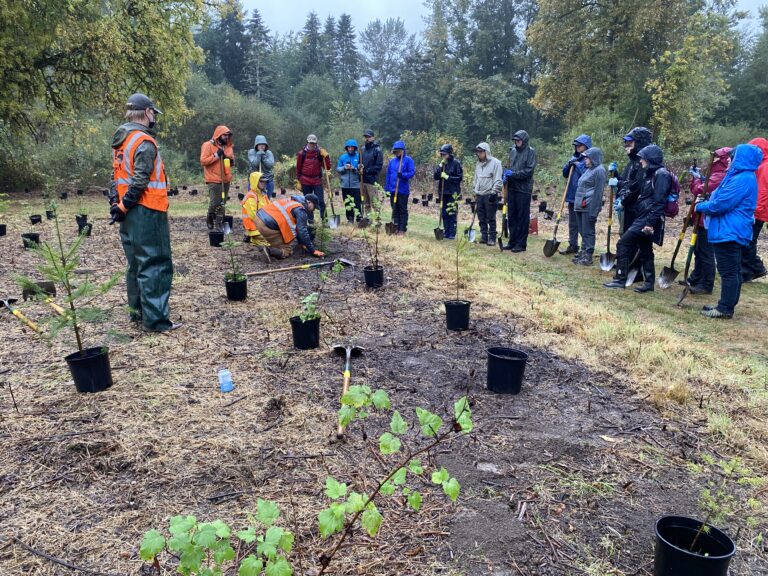