Skip to content
Explore › Tours and Itineraries › Nature, Plants, and Wildlife › 10 Birds to See in the Teanaway Community Forest

10 Birds to See in the Teanaway Community Forest

The diverse habitats of the Teanaway Community Forest total 50,241 acres (more than half the size of Seattle). They range from lush riparian corridors along the Teanaway River and its tributaries to mature, old forest habitat and upland meadows. Each of these habitat types afford you the opportunity to see and hear a variety of bird species—more than 180 of them!

This list includes just a few of the species of birds possible to find in the Teanaway Community Forest. Carlson Canyon, a short walk beyond the West Fork Teanaway parking area, is a known birding hotspot. Some of these 10 species are common, year-round residents, and others arrive in the spring to nest and raise their young. Whatever the season, birding in the breathtaking scenery of the Teanaway Community Forest is a rewarding challenge! Handy resources to prepare for birding can be found on Cornell Lab’s All About Birds or by downloading the apps Merlin Bird ID and eBird. These apps help to identify birds based on area, date and features. Don’t forget to bring your binoculars and cameras!

From the West Fork turnaround, follow the dirt road past the yellow gate. The road will continue across the bridge on your left and go up the length of Carlson Canyon. This route will take you through multiple habitats, allowing you to spot a variety of birds.

Most likely to be spotted in the early morning, the large Wild Turkey can be found along forest edges and roadsides. Watch for them on your drive up Teanaway Road and as you embark for your hike up Carlson Canyon. In the spring and summer, you can occasionally hear the males gobbling as their loud calls carry through the woods.

A beautiful menace, the Steller’s Jay is one of the only two North American Jays with a crest. It has a blue body, a black head and a favorite pastime: snatching food from campers. Steller’s Jays often patrol campsites, picnic areas and backyards. They also live in mountain forests and usually stick to the canopy. Listen for their harsh, scolding calls on your way to the bridge.

As you cross Carlson Bridge over the West Fork of the Teanaway River, look into the water and along the banks for the Harlequin Duck. The preferred habitat of Harlequin Ducks is white-water mountain rivers and coastal waters. In the spring, these ducks nest along the Teanaway, enjoying its fast-flowing water and forested banks. If you’re lucky, you may see some ducklings!

The Harlequin Duck is named for its coloring, which on breeding males is reminiscent of a court jester. While adult females are a gray brown with white around the bill and a white marking on the cheek, adult males are slate blue with white stripes and chestnut sides. Their heads have a white crescent in front of the eye, chestnut highlights along the brow and a white spot on the cheek like the female’s. Harlequin Ducks are relatively small waterfowl with large, round heads, steep foreheads and a small bill.

While you’re still at the river, keep an eye (and an ear!) out for the American Dipper—North America’s only truly aquatic songbird, with a burbling song that sounds like the rivers it walks through. Like the Harlequin Duck, this bird prefers whitewater mountain rivers, making the Teanaway an ideal habitat.

The slate-gray American Dipper is known for its characteristic dipping motion as it bobs its tail. It can be spotted on boulders or fallen logs along the river or even walking under the water, using its wings to negotiate the current. Though nondescript in appearance, the American Dipper is a truly unique bird!

These black-and-white-faced birds nest in tree cavities and will collect resin to spread along the mouth of their nests to deter predators and catch insects. They use pinecone scales to collect and spread the resin. Though set apart by their use of tools, Red-breasted Nuthatches usually travel in flocks alongside other birds like chickadees and woodpeckers.

Also nesting in the Teanaway Community Forest, the Calliope Hummingbird can be spotted on bare perches of willow and alder or diving in U-shaped displays in forest clearings. You’ll want to look left as you head up the road in Carlson Canyon, where you’ll have an eye-level view of the canopy.

These birds are green with white chests and bellies. The males have magenta rays bursting down their throats. They are the smallest bird in the United States, weighing about the same as a ping pong ball. Like other hummingbirds, Calliope Hummingbirds feed on nectar and insects, but also on sweet saps, so they will sometimes be found following Sapsuckers.

The Red-naped Sapsucker is a hard worker with a sweet tooth. These woodpeckers prefer the sugary sap of birch, willow and aspen, and they drill rows of tiny holes to feed on the sap that runs out. Red-naped Sapsuckers have short, specialized tongues with hair-like projections that help them lap up sap. Listen for their drumming: if it sounds hollow, look to dead trees, and if it sounds solid, look for them in live trees.

This finch’s odd bill allows it to break into unopened cones, giving it an advantage over other birds, and making it look like it needs a trip to the orthodontist. The specific direction of the crossed bill depends on which seeds the bird specializes in, whether they’re from the cones of pine, hemlock, Douglas-fir, or spruce. Red Crossbills can be found gathering in flocks in the treetops of coniferous forests where they find abundant food. Males are an orangey-red while females are a more yellow color. You may hear it call “chip dip.”

The Mountain Bluebird is a brilliant blue gem in open woodlands. An insect hunter that often perches on treetops and fence posts, this bird is not shy of humans. They are cavity nesters and can often be spotted in the spring around birdhouses along grasslands and forest edges.

One of the most common hawks in the United States, the Red-tailed Hawk has a brick-red tail and a buteo shape (a short tail and broad, rounded wings). It’s an opportunistic generalist who can live in a variety of habitats and will hunt invertebrates, amphibians, birds and small mammals, though it prefers the latter. You’re most likely to see this bird soaring or on a high perch. Listen for its high pitch call.

If you stick around until twilight, you have a chance of seeing the Common Nighthawk. Despite their names, they’re not hawks; they’re Nightjars, aerial foragers. These birds, flashing white patches just past the curve of their wings as they swoop after insects, prefer open areas over fields and rivers.

Common Nighthawks don’t build nests, instead, they nest directly on the ground, where their young are so well camouflaged that they fade from sight. Adult Common Nighthawks, too, are hard to spot once they’ve landed. Look for them flying over the Teanaway River or the grasslands you drive past on your way out of the Teanaway Community Forest. 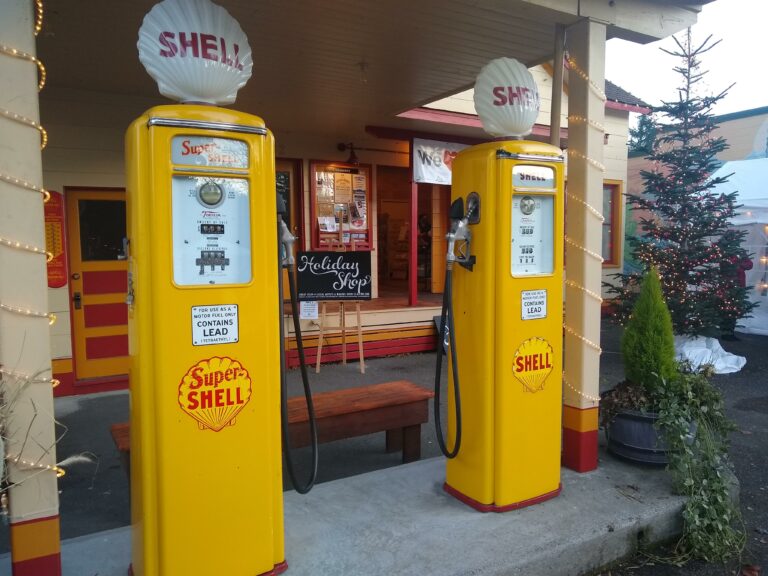 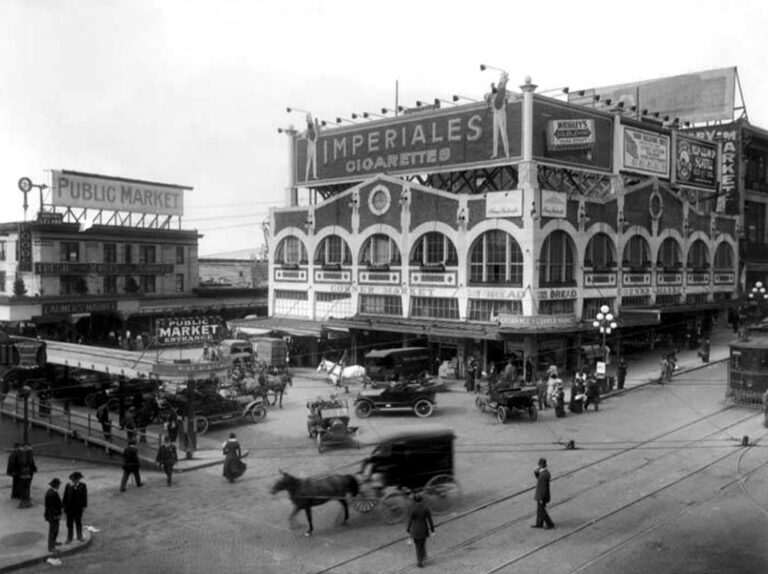 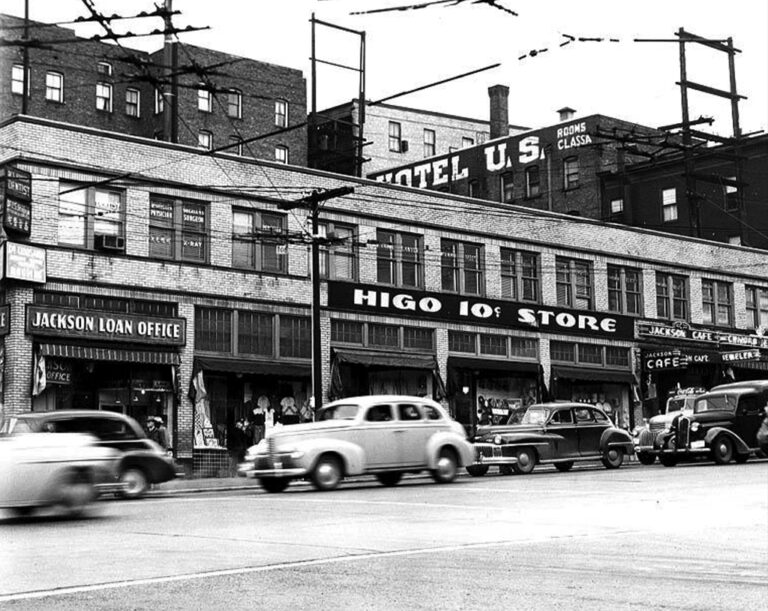