Skip to content
Learn › Blog › Stossel Creek: A Forest Planted for the Future

Stossel Creek: A Forest Planted for the Future

As you may remember from a previous blog post, the Greenway Trust has been working with partners at Seattle City Light (SCL), Seattle Public Utilities (SPU), and Northwest Natural Resource Group (NNRG) to design a forest restoration project along Stossel Creek that will test new methods aimed at establishing forests that are more resilient to climate change.

Stossel Creek, located northeast of Carnation, is an important stream for steelhead, a threatened species in the Tolt River watershed. The project encompasses a 154-acre parcel of land that was acquired by City of Seattle in 2015 through SCL’s Endangered Species Act Early Action Plan. The land was clear cut by a private timber company in 2012, and the Greenway Trust helped secure a grant from the Wildlife Conservation Society (WCS) through its Climate Adaptation Fund. The program is supported and established by a grant to WCS from the Doris Duke Charitable Foundation, with additional funding from SCL and the Greenway Trust’s partnership with Carter Subaru. 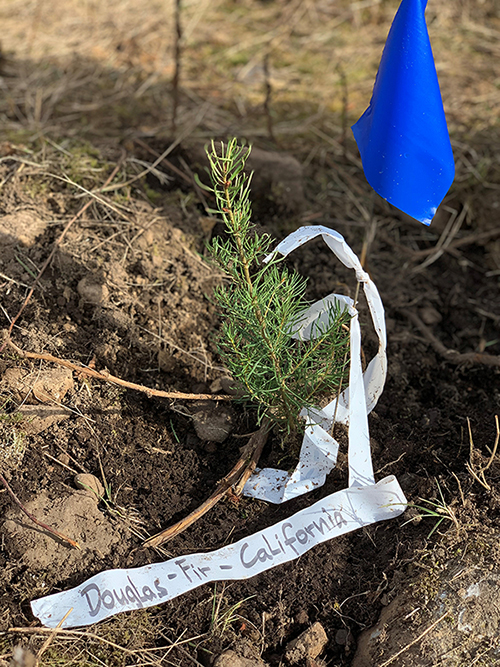 At our current pace, projections for western Washington show our climate in the year 2075 being like that of current day southwest Oregon. While trees naturally evolve with climate variations, the concern is that the current pace of change will be too fast for some species to adapt to. Worst case scenarios mean there could be large scale forest die off as other factors like insect pests, diseases, and fires likely get worse with climate change as well.

At Stossel Creek, we designed a forest restoration plan with trees from seeds obtained in more southern regions where current climates are similar to projected climates in western Washington later this century (i.e. from southern Oregon and northern California). Many of our native trees, like Douglas fir, have huge ranges (British Columbia to Mexico), and just like people, their genetics adapt across generations to their local climate conditions. There are scientists with the US Forest Service who have developed a tool (called the Seedlot Selection Tool ) to better inform where you should source your tree seeds from based on the projected climate conditions of where you are planting.

While implementation of the Stossel Creek project started like many other Greenway restoration efforts, with the removal of invasive weeds like blackberry and knotweed, what sets it apart is how the project includes a decade-long adaptive planting trial using seedlings sourced from warmer and drier climates. This includes three different seed sources of Douglas fir, two of Western Red Cedar, and species commonly associated with dry adapted Douglas fir ecosystems like Shore Pine, Grand Fir, Western White Pine, and Oregon White Oak. 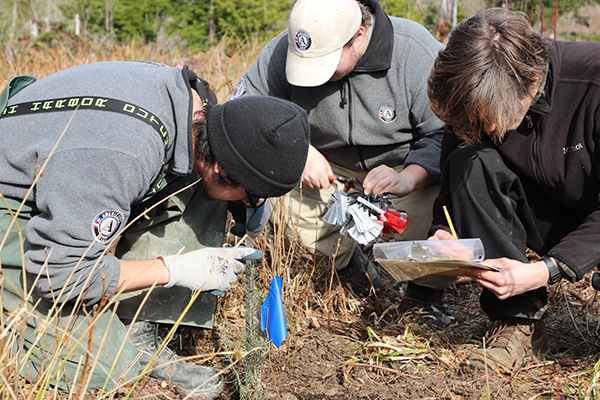 Trial plots, embedded within the overall planting plan, will be monitored over at least a 10-year period and used to assess the viability of various species planted across the site, as well as the relative success of seven different species and seedlings from different seed sources.

After multiple years of fundraising, planning, and site prep, the Stossel Creek project culminated this winter with the installation of 14,130 trees and a workshop/field trip attended by 35 people. The audience included restoration practitioners and private foresters, all interested in learning approaches to make the forests they manage better able to withstand the changing climates of western Washington. 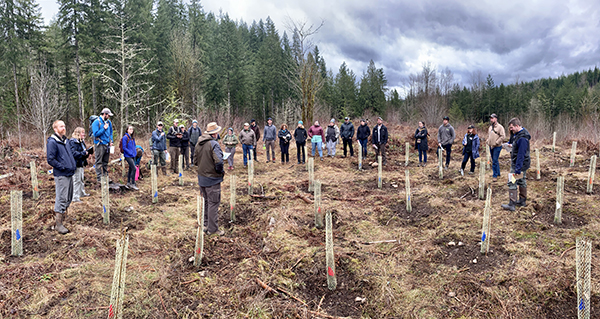 For more detailed information on the Stossel Creek project and lessons learned (so far), please click here to visit the case study developed by the project partners. For a deeper dive into climate adaptation strategies for Pacific northwest forests, click here.