Camp Brown Day Use Area is now officially open to the public, offering a family-friendly and accessible place to experience the scenic Middle Fork Snoqualmie Valley.

Located approximately eleven miles down the Middle Fork Road, this gently meandering half-mile loop trail, built following Americans with Disabilities Act (ADA) standards, provides scenic views of the congressionally-designated Wild and Scenic Middle Fork Snoqualmie River. Visitors can stroll along the gravel-lined loop trail that is routed through lush forest with frequent sightings of the river surging by and the rock face of Garfield Mountain! Nestled along the riverbank and trail are eleven picnic sites with charcoal grates, which make a perfect spot to enjoy lunch with a view. A short ramp and set of stairs also give visitors access to a gravel bar beside the river. 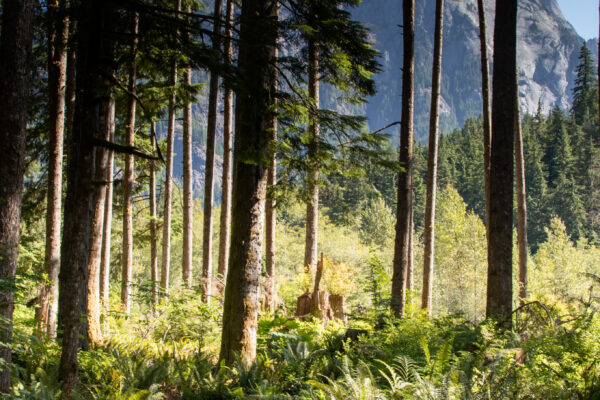 Beyond the stunning views, this site also has an interesting historical story. Camp Brown derives its name from Robert Brown, a civil engineer and surveyor who planned and supervised what makes up most of today’s Middle Fork roads and trails. Brown was tragically killed by a train backing up near the site in 1928 and the site was named in his honor.

Camp Brown has changed a lot since it held the position as the primary logging camp for the North Bend Timber Company in the Valley from 1929-1937. Once the North Bend Timber Company finished logging the Pratt Valley in 1942 it was transformed into a boys’ camp in the 1950s. From there it was a USDA Forest Service (USFS) Guard Station until the mid-1970s. After the Guard Station closed, this tranquil spot experienced flooding damage and human caused degradation of the sensitive riparian areas and vegetation. 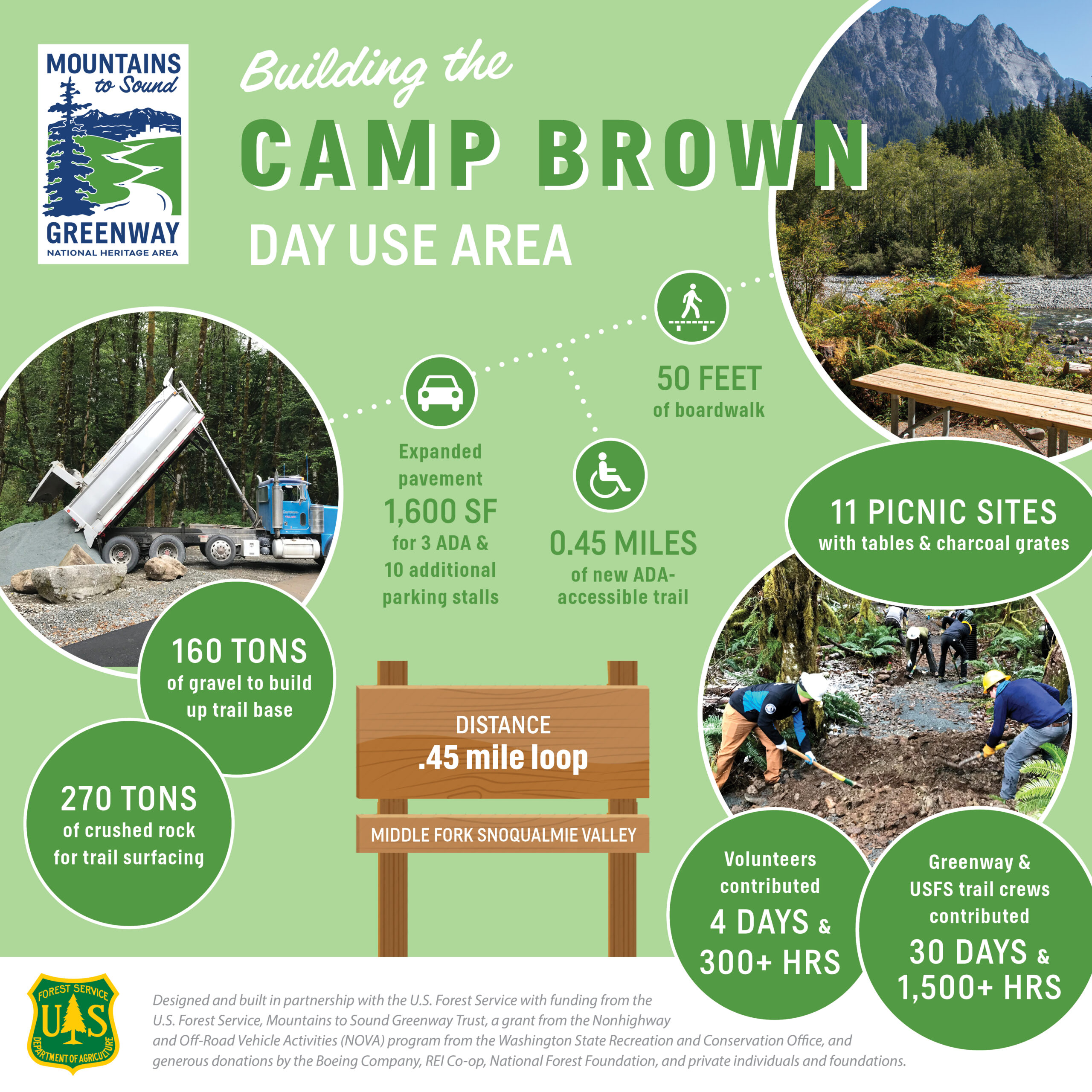 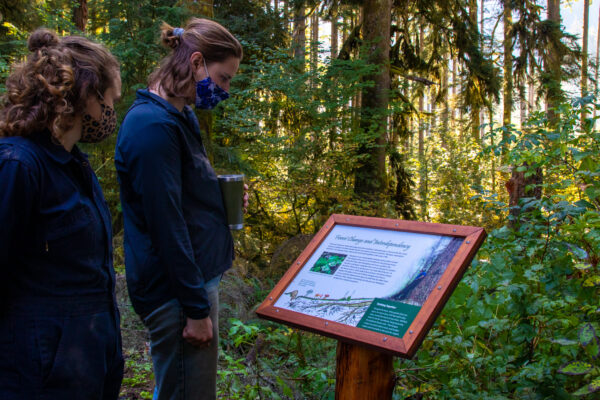 As is so often the case, the construction phase is only part of the story. The USFS, Greenway Trust and the Middle Fork Coalition have long known that Camp Brown is perfectly situated for improved and formalized public access that will enhance people’s connection with nature. (Camp Brown was listed in the 1997 Middle Fork Concept Plan as one of the many improvements in the Middle Fork Valley.) A vision for the site is just the first step; the Greenway Trust also worked with the Mt. Baker-Snoqualmie National Forest to create a design, and to secure the necessary permits. With these in hand, the Greenway Trust was able to collaborate with USFS staff to secure the majority of the funding necessary for the project via a grant from the Washington State Recreation and Conservation Office’s Nonhighway and Off-Road Vehicles (NOVA) program; contributions to the Greenway Trust’s Middle Fork Campaign from Boeing, REI Co-op, and other supporters, and a National Forest Foundation Matching Awards Program grant.

Although 2020 has been challenging in many ways, the opening of Camp Brown signifies an important milestone in the Middle Fork Snoqualmie Initiative – a public-private collaboration intended to make the Middle Fork Valley a safe and accessible destination for outdoor enthusiasts, while ensuring it remains wild and beautiful for future generations. Along with the recently completed Oxbow Loop and Garfield Ledges trails, Camp Brown is another accessible and family-friendly place to recreate in the Middle Fork Valley.