Balancing A Beautiful Landscape and A Thriving Highway

The path following today’s Interstate 90 has long provided an east-west route across the mountains, beginning with Native American foot trails used for hunting, fishing, and gathering. The dramatic cross-state passage over Snoqualmie Pass has always been a reminder of the splendor and diversity of nature in the Pacific Northwest.

In 1909, the Chicago, Milwaukee, and St. Paul Railroad completed a transcontinental railway to the West Coast. Known as the “Milwaukee Road,” the rail line traveled through Snoqualmie Pass to ports at Seattle and Tacoma. The line was electrified in 1915 and claimed the distinction of the longest electrified line in the country. In 1908, the Milwaukee Road began actively recruiting Japanese immigrants to build and maintain the railway after the Chinese Exclusion Act of 1882 restricted Chinese immigration.

The Snoqualmie Wagon Road was built in 1867, and the paved Sunset Highway was built over the pass in 1915. In 1940, a floating bridge across Lake Washington connected into Bellevue and spurred the city’s growth and, soon after, Boeing set up their headquarters in Renton.

A Greenway Across the Cascades and A National Scenic Byway

In the 1990s, population growth and the wish to conserve some of the forested foothills of the Cascades provided the impetus for the conservation of a large swath of land by the public —resulting in a vision for the Mountains to Sound Greenway.

To encourage protection of the scenic view corridor through the mountains, in 1998 the Greenway along I-90 was declared a National Scenic Byway, the first interstate highway to receive this level of recognition. National Scenic Byways are roads that have been federally recognized as exemplifying the country’s diverse cultural, historical, and visual landscapes, requiring a plan that shows a commitment to retaining the road’s scenic qualities while also encouraging sustainable growth.

Recent Improvements Along I-90

As traffic along the interstate steadily increases, the need for safety improvements and infrastructure maintenance grows. A number of exciting projects are underway, or have been completed in recent years. Read on to learn more.

Earlier this year, the City of Bellevue opened the newest stretch of the Mountains to Sound Greenway Trail. The 0.8-mile trail section is parallel to Interstate 90, features a new bridge over Factoria Boulevard, and will provide a safe, off-road trail through the busy Eastgate neighborhood. This is just one of many projects that have popped up along I-90 in recent months and years!

The existing Mountains to Sound Greenway Trail begins on Beacon Hill, runs across the I-90 floating bridge over Lake Washington, and now travels into Bellevue. It will eventually run through Issaquah, and ideally someday to Snoqualmie.

Right outside the Greenway’s field base at Lake Sammamish State Park is one of the more noticeable construction projects that will add new lanes and sound walls to this section of I-90.

To help mitigate the environmental impact of construction, the Washington State Department of Transportation will plant trees at a variety of locations along the interstate to replace the ones that will be removed during construction.

The influx of travelers today can clearly be seen by looking at the intersection of I-90 and State Route 18 coming off the interstate. Due to a higher volume of residents, freight haulers, and cross-state travelers, it is common to be stuck in long backups at the exit in this spot. To help alleviate this bottleneck and increase public safety, the Washington State Department of Transportation is planning to rebuild the SR18/I-90 interchange to improve public safety and traffic flow using a diverging diamond design, with construction likely to begin in 2022.

Wildlife crossings pose another example of sustainable growth and balancing road infrastructure with land conservation. A 150-foot-wide wildlife overpass was constructed in 2018 as part of the I-90 Snoqualmie Pass East project. Located at the intersection of a major east-west transportation corridor and a crucial north-south wildlife migration corridor, this monumental collaboration has led to the creation of North America’s largest wildlife crossing project. WSDOT’s Snoqualmie Pass East project is currently in phase 3 with construction set to be completed in fall 2025. There will be new lanes added in each direction of I-90, the road will be straightened, and concrete pavement will be replaced. Yet another major feature of the project will be building another wildlife crossing!

In addition to this wildlife overpass, there is a more inconspicuous underpass nearby that is just as important to local wildlife safety. Right at the start of Keechelus Lake is the Gold Creek underpass. A bridge allows I-90 drivers to pass over the creek, and animals (such as elk!) can walk underneath. Boulders placed under the bridge also provide important habitat for the American Pika. While not a federally recognized endangered species, pika populations are declining, and they are suffering from the effects of climate change.

The various animal crossings located along I-90 have a vital role in protecting local animal species and local travelers. All the passes have fencing for miles that channel animals towards the pass and block off their access to the interstate.

Interstate 90, the state’s busiest east-west transportation route, has many improvements underway right now to benefit public safety and mobility. The Washington State Department of Transportation and county and municipal transportation departments need significant preservation funding to maintain roads, bridges, trails, and public infrastructure. Active transportation and trails should play a critical role in mitigating climate impacts from vehicles. And, infrastructure must be built to withstand long-term use, while agencies and the voting public need to support preservation and maintenance of existing facilities into the future. 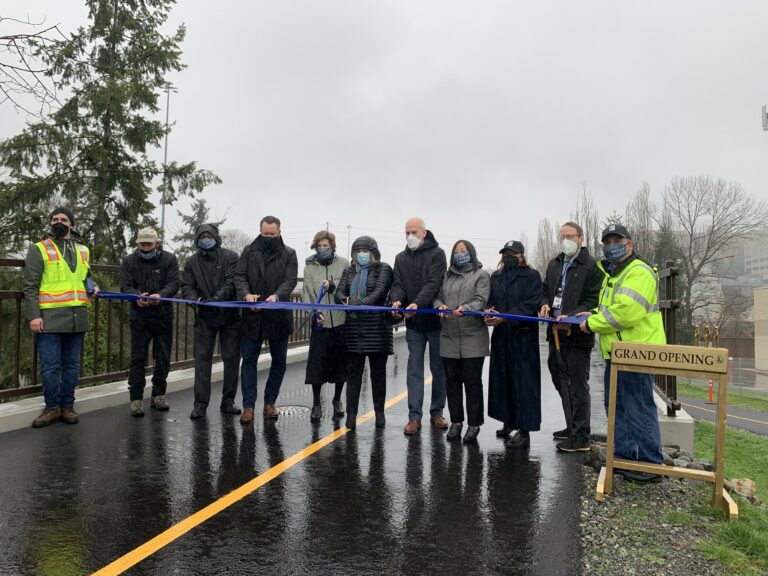 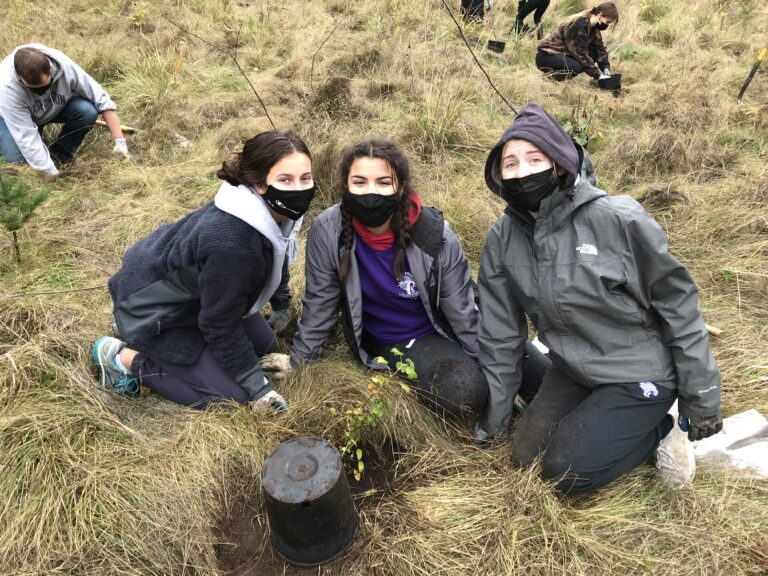