Each year at our Annual Dinner, we celebrate individuals and organizations who have made a great impact within the Mountains to Sound Greenway and embody our values. You can read more about the awards and recipients below, and click here to view the achievements celebrated in our 2021 Parade of Accomplishments (plus a few bonus items!).

The Greenway Hall of Fame honors those whose contributions have left a permanent and positive legacy on the Mountains to Sound Greenway, and who inspire all of us to do our own part to care for this amazing place. 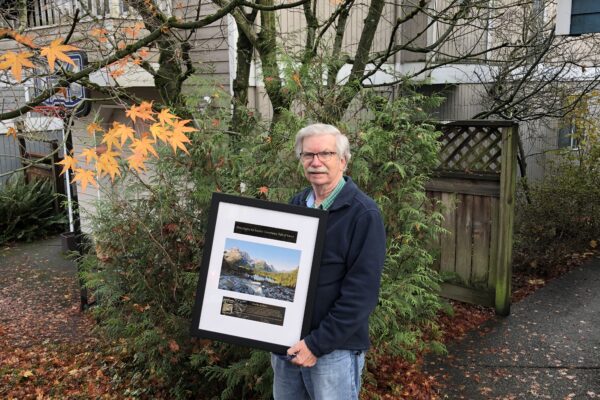 In honor and recognition of a lifetime of achievements in land conservation, ensuring the magnificent forestlands of the central Cascades are preserved for future generations; for his leadership in pursuing the most important parcels for conservation and value to the public; in appreciation for his ability to act as mentor, teacher, and writer; for his capacity to wear more hats than humanly possible, including, but not limited to, the Mountains to Sound Greenway Trust, Forterra, the Sierra Club, the Cascade Checkerboard Project, the Washington Wildlife and Recreation Coalition, and the I-90 Wildlife Bridges Coalition; and in gratitude for his tireless devotion to protecting our natural environment.

The Jim Ellis Spirit Award honors the example that he set from the very beginning of the Greenway, recognizing individuals who embody the Greenway values of collaboration, inclusion, trustworthiness, positivity, and pragmatism.  These values guided Jim’s life of service and they infuse every aspect of our work. 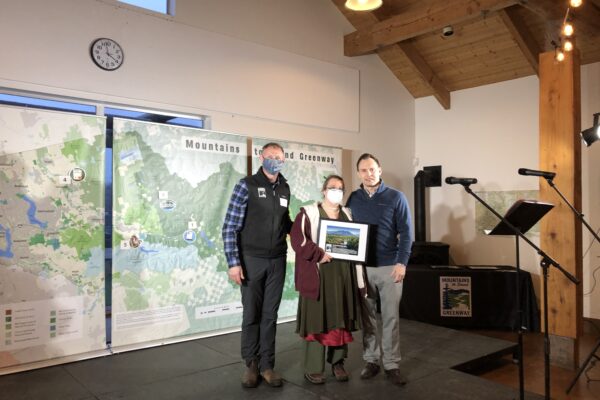 In recognition of her steadfast commitment to preservation of cultural heritage in the Snoqualmie River Valley, including her heroic rescue of railway cars and artifacts from a museum closure to be cared for at the Northwest Railway Museum; her personal investment in retention and interpretation of regional history at the Snoqualmie Valley Historical Museum; and her stellar contributions to the Mountains to Sound Greenway National Heritage Area Advisory Committee to help preserve an abundance of narratives for future generations. 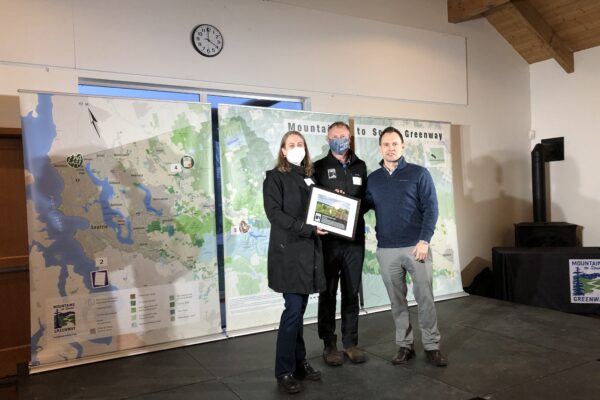 In recognition of her leadership of Eastrail Partners and many accomplishments to develop the 42-mile Eastrail corridor from Renton to Woodinville with connections to neighborhoods, parks, and transit, which will transform active transportation for communities east of Lake Washington; her leadership in the Outdoor Alliance and Mountaineers, with her articulate and compelling support for Mountains to Sound Greenway National Heritage Area legislation; and her excellence in building diverse constituencies and driving collaborative action on behalf of trails and access to the outdoors. 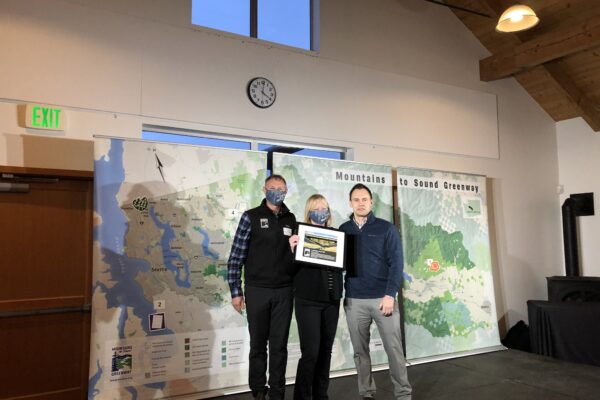 In recognition of her steadfast advocacy for wildlife and forest health in the Okanogan-Wenatchee National Forest; and for her long-term support of the I-90 Snoqualmie Pass East project, with its iconic wildlife overpass and multiple underpasses that bridge critical gaps in the north-south wildlife migration corridor, ensuring safe passage for wildlife along with improvements for travelers in the heart of the Mountains to Sound Greenway National Heritage Area.