Passengers boarded Trailhead Direct for more than 17,500 hikes in the second season of the two-year pilot project co-led by King County Metro and King County Parks, a 75 percent increase from last year.

“Trailhead Direct is a customer experience success story that has achieved multiple goals,” said King County Executive Dow Constantine. “Our King County Metro and Parks staff worked together to make our spectacular mountain forests accessible to more diverse communities, make it easier to explore our region without having to drive or park, and make our most popular trailheads safer.”

Metro and Parks staff worked together to improve the customer experience this season by making it possible for hikers to board any of the four routes to get to any trail in the Trailhead Direct network. All four routes started and ended near Sound Transit Link light rail stations. 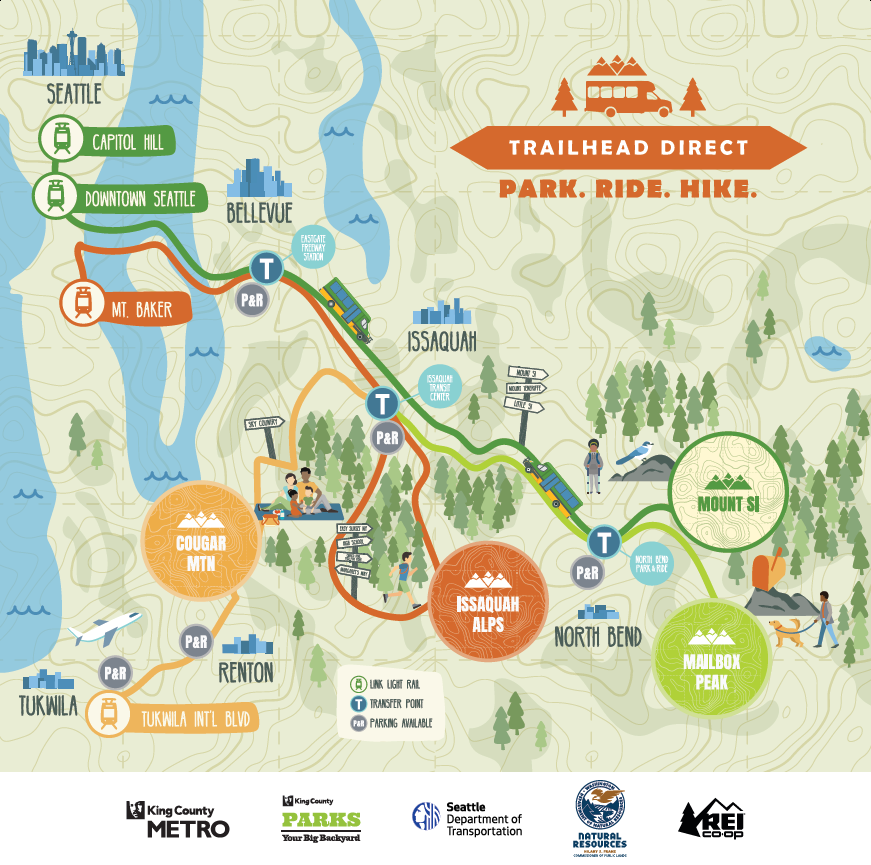 Trailhead Direct started with a single-route feasibility test in 2017 in response to dangerous overcrowding and illegal parking at popular trailheads. Metro and Parks launched a two-year pilot project in 2018 with additional funding from the voter-approved Seattle Transportation Benefit District. REI Co-op and Clif Bar & Company helped fund outreach and promotion.

Passengers boarded #TrailheadDirect vehicles 35,838 times during the 2019 season, from April through the end of October. That’s up from 20,373 last season. Two boardings typically equal one round trip, so passengers took Trailhead Direct for about 17,500 hikes this season.

Metro and Parks are considering options for continuing the service next season, which will likely require a similar public-private partnership.

One possible reason for the dramatic ridership increase from Capitol Hill to Mount Si was adding Little Si to the route. King County Parks and Metro partnered with the Washington State Department of Natural Resources to design and build a new drop-off and pick-up location at the popular trailhead.