Biologists have discovered peregrine falcons nesting on a popular climbing site and are concerned climbers will disturb them. The nest is on the Deception Crag Wall at Interstate 90 exit 38.

The site is typical nesting habitat according to Sonny Paz, wildlife biologist for the Mt. Baker-Snoqualmie National Forest, because the steep rock face protects the eggs and nestlings from predators and offers a sweeping view of the landscape where the adults are able to hunt for prey, which are mainly smaller birds.

“We are asking climbers to please not climb the rock face until the nestlings fledge or leave the nest the end of June,” said Paz. State parks report up to 200 people attempt to climb the wall on weekends. The peregrine falcon is designated a sensitive species, which requires the Forest Service to monitor the bird and protect its breeding habitat from harm and harassment. The birds are on Forest Service land above the Olallie State Park. Paz said the birds may be seen from the parking lot when they are flying around the nest.

By the 1970s the peregrine falcon was teetering on the brink of extinction in many locations in the United States. Birds of prey were considered pests by many who feared loss of poultry and game birds. Peregrine nesting was also failing at an alarming rate due to the use of DDT until it was later banned. The pesticide was responsible for causing egg-shell thinning when falcons ate prey contaminated by the chemicals. Peregrine falcon and other birds of prey began a slow recovery because of education efforts, stronger regulations and the ban of harmful chemicals.  The falcon was eventually removed from the US endangered species list in 1999 after breeding populations rebounded from the threat of extinction.

Special thanks to Renee Bodine and Sonny Paz of USFS for permission to re-print. 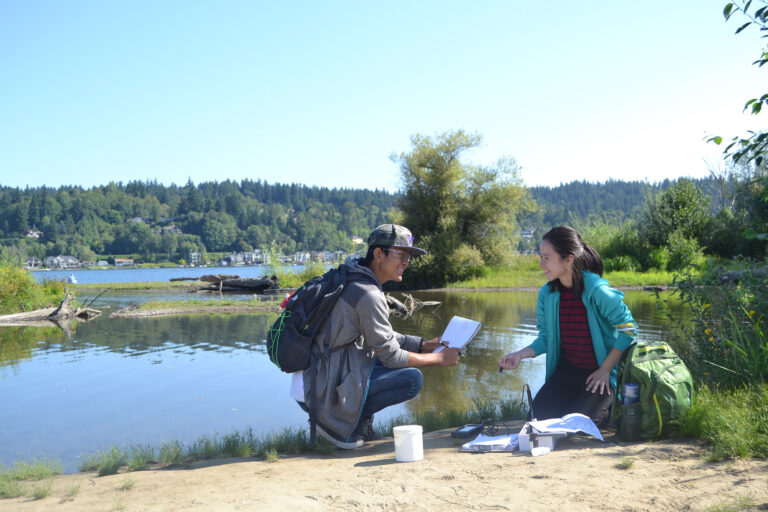